Maui and the giant fish

This is a story of man and beast! The fearsome Dragon, and Owen Chase. There once lived a strong, sensitive, and Honorable man named Owen Chase, he was a scientist and with him was his friend, Will Samuel.

“Owen, where are we again?” shouted his sister, Brooklyn
“Well, can’t you see where on the tip of the dessert, starving and thirsty. All we have to eat is little bits of crackers” Owen said in his hungry tone.
“Oh? Well thanks!” Brooklyn shouted.

“We’ve been trailing the water for 24 weeks, and still none in sight” Will said in a loud voice. They came very far from where they had come from.
“Any shelter” Will shouted to the others, tired of walking all day, they all came to a halt and looked around
“Nop, Will” Owen said
“None”
“There!” shouted Brooklyn pointing to where she had seen it!

They ran as fast as they could to the mysterious thing,
“What is it?” Will frowned
“Wait, it’s a tunnel!” shouted Owen “Us scientists would use things like these to test things inside!”

“But look at what it has inside” Brooklyn whispered. All they could see was glimmering jewels, gold, diamond, emerald, redstone and
“Water” Owen sighed, they all rushed inside to it, when Owen kneeled down on both feet Will took a glimpse of the water,
“Poison” Will whispered as he frowned but when he looked again he saw a flash of purple over the water, Brooklyn went to take a drink until,
“Stop! Look, that flash of purple, did you see, it’s poison!”.

“Wait, that means that this is, this is” Brooklyn took a deep breath and sighed
“Wait, huh”
“What is it?” Will spoke, Brooklyn looked around and was frightened
“Huh, it’s a temptation realm”
“What” Owen and Will looked back at her,
“ Where in a temptation realm”.

Owen looked back as he saw that the coins, diamond, emerald all the jewelry were moving, Owen frowned and said
“look” the other two stared where he was pointing and were in shock,
“Huh” they were all frightened!

All they could see behind the jewelry was a…
“Dragon” “Run!!” shouted Will and sprinted out using all his power, Will and Owen were out but where was brooklyn,
“ Owen!!” she shouted as the dragon stood up behind her and said
“ Who dares to enter my cave, huh, look at this, marvellous, food!” he said in a passionate deep voice. Will pulled out his bow and had already knocked the bow on the string ready for the arrow to pierce through the dragon.

Brooklyn screamed
“Help me Owen!!” Owen started to cry as the dragon opened it’s mouth and dropped the terrified girl. Will couldn’t resist he aimed for the throat of the dragon and… Ting! It had cut through his throat as the dragon had fallen and let go of Brooklyn, as the dragon’s eyes of fire died down, both the two boys dashed to Brooklyn, once they got there, both looked at Brooklyn, Owen crying and Will thanking himself for taking the shot,
“Thank you” Owen said in a crying voice
“No worries”.

“Let’s get out of here before more trouble enters” Brooklyn said in a quiet and frightened voice.
“Now we’ve learnt our lesson, to be careful for what we do, remember that!” Will said in a passionate voice! 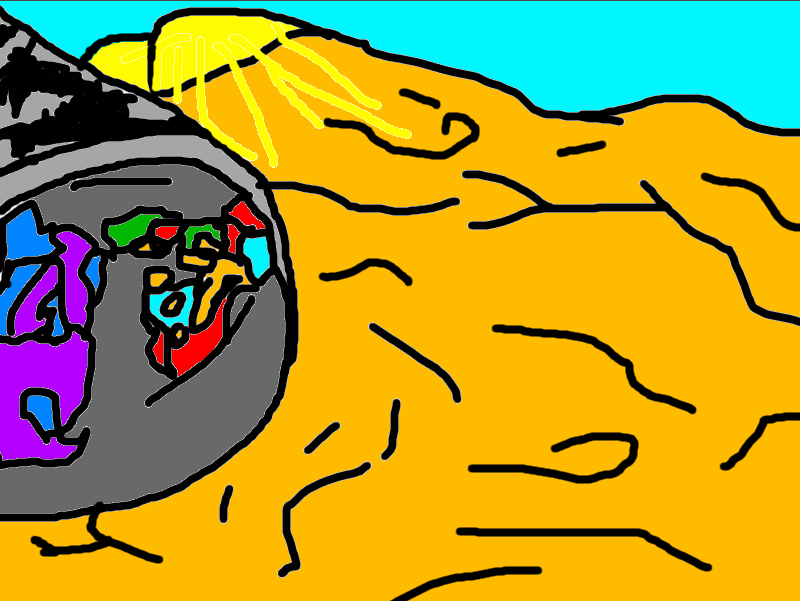 How this links to the environment!

How this story links to the environment is when they're in the temptation realm, I’m meaning that it’s tempting to pollute and you want to just let go of the thing that your clinching onto in your hand and you just wanna let it go, letting it wander off into where it is sent by the wind!

As my greasy feet squashed between the slimy mud as the drops of the clouds above us had splattered along the bushy sand as the tide of the water had driven out.

While my rotation group and I huddled in a bundle, Mr Burt shouted,

“Alright do any of you people want to have a go at Kayaking?!”

I stretched my arm and pointed my finger in the air. As I climbed in the Kayak, foot first, I balanced my weight, pushed off to the surface of the water. Paddling hard, I turned to someone and suddenly, Crash! I had smashed into the other person’s Kayak and drifted out into the open, striking the swift water as I Paddled in, struggling to pull the weight, to pull me back in.

Half an hour later after paddling and keeping warm I pushed myself, drifting back to the slimy and wet sand dripping with water all over me, just as I got out, a group of people standing, boys and girls, wrapping themselves around each other to keep warm.

I went to join, we named ourselves the penguin huddle, and stayed cuddling each other to keep warm. As Mr Burt blew the siren whistling through the bushy trees, everyone stumbled to the dry sand at the top of the beach.

My other highlight was… sleeping! Because I got to sleep for about 11 hours! late at night in the cold burning wind lay me and my buddy in a camping, mini tent. My friends name is Benjamin but me and my friends call him Ben, he’s also one of my good and great friends.

We sleep in the same tent, and talk a lot. Late that night after watching the movie, Storks, we came and rushed into our tents as the moon took the peaceful night and the sounds beneath the trees hushed to sleep.

As the sun rose bye I unzipped the tent and peeked outside, I could see, a large black speaker and loads of children I woke Ben and said “ Ben, get up” I said in a quiet voice “Ben,! Get up!” I now shouted “Yeah” he said “ we have to go to jump jam” “ok” he said tiredly and struggled to pull up and lift himself. 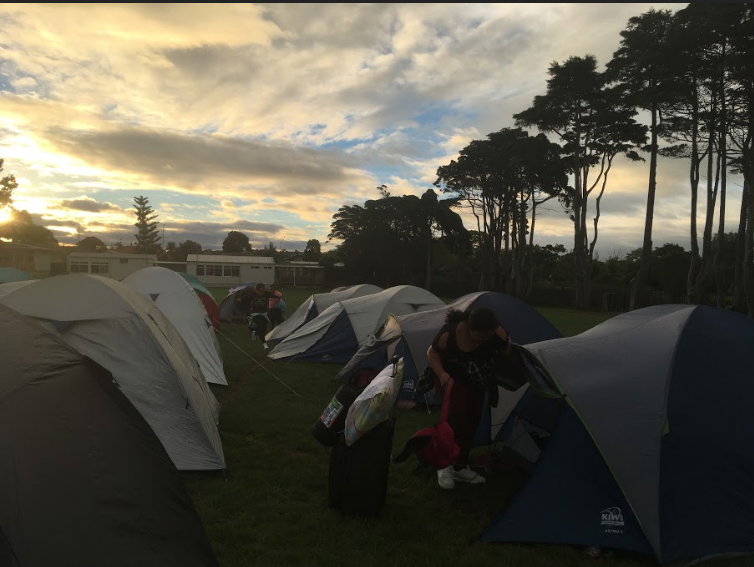 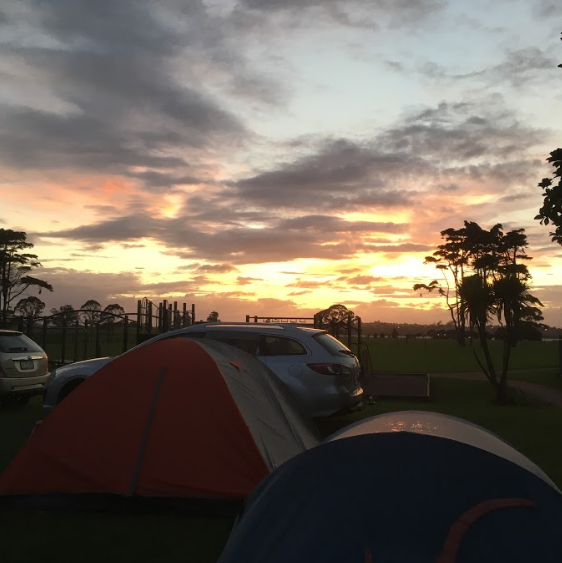 Once the music started playing everyone went dancing. Well we didn’t really do jump jam but instead even cooler… just dance! Everyone shouting and screaming through the swift air and loads of fun happening.

We went back to our tents and got ready for lunch!

Here’s some other cool photos below! 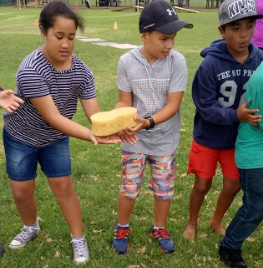 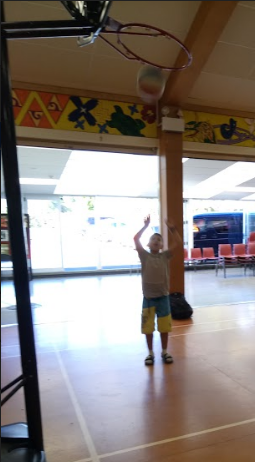 Thanks for tuning with me and have fun!
Posted by Toby at 13:30 2 comments:

At our school we have a camp, a really cool one. we even use tents and camp at our own school!  On our big field. I am really looking forward to it! Why i’m excited about camp is that we get to have a camp consent, sleep in tents, play fun games outside and even go to the pools.


We normally have a meeting and practice our dances and fun things in the year 5 and 6 block, I have loads of fun just dancing while I listen to the music and watch the moves and just dance. Stay tuned because i’ll be letting you know more and more about our camp later in the week! 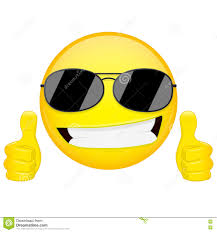