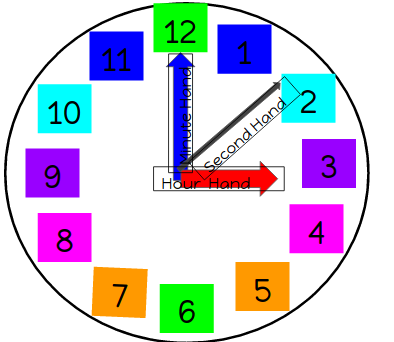 I have been learning about time in seasons and other things that involve time. This clock shows 3.00 clock, there are 365 days in a year, there are also 31 or 30 days in a month and 60 seconds in a minute and 60 minutes in an hour.
Posted by Toby at 09:56 No comments:

The Olympics began over two and a half thousand years ago in ancient Greece.
In those days Greece was made up of several different states, including  Athens, Sparta and Corinth and they were often at war with each other, but when the games were on, they held a Truce.


This great event was held at a place called Olympia and this is why the games are called the Olympics.
They were held once every four years in honour of Zeus lord of all the gods.
Eventually the ancient Olympics were abolished by the roman Emperor Theodosius the first who was a Christian and didn’t like the games because they were dedicated to pagan god, but the Olympics were always remembered as a symbol of human achievement and peace. 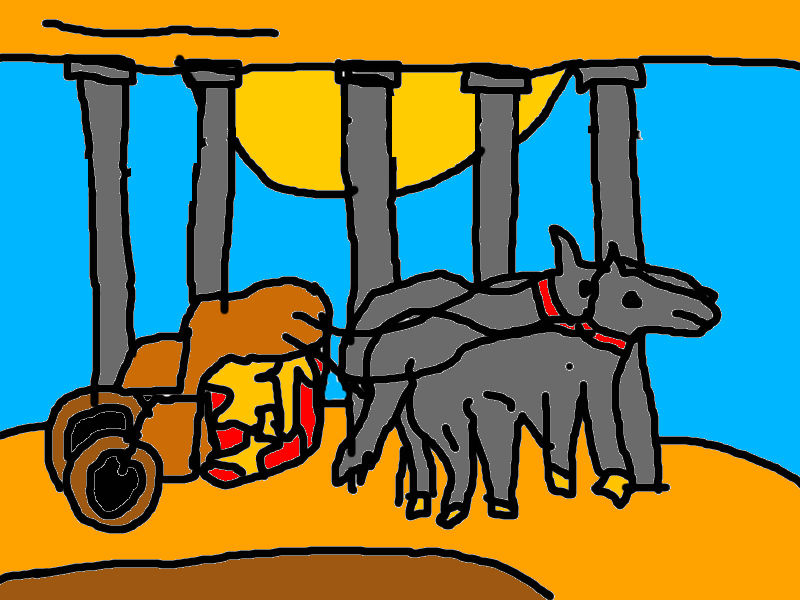 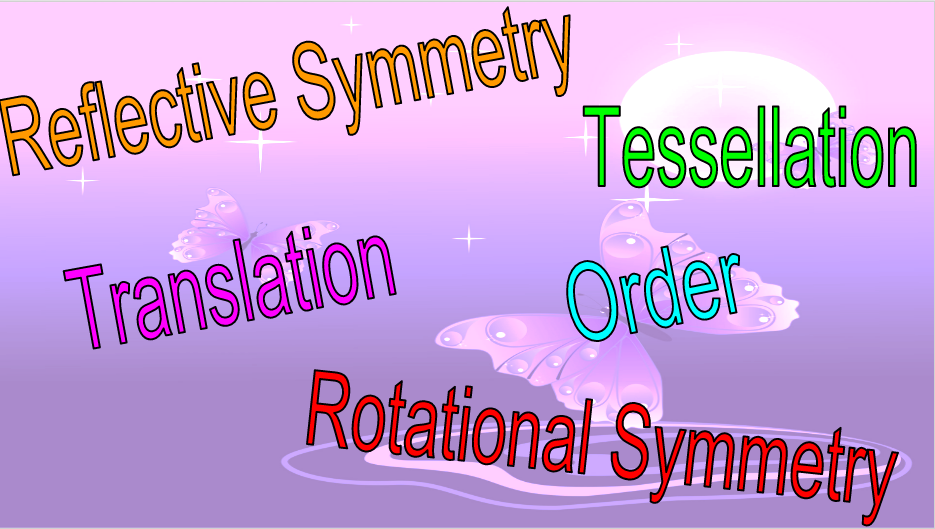 6 Thinking Hats
Write 2 - 3 sentences for each hat as a reflection about our Art Creation. 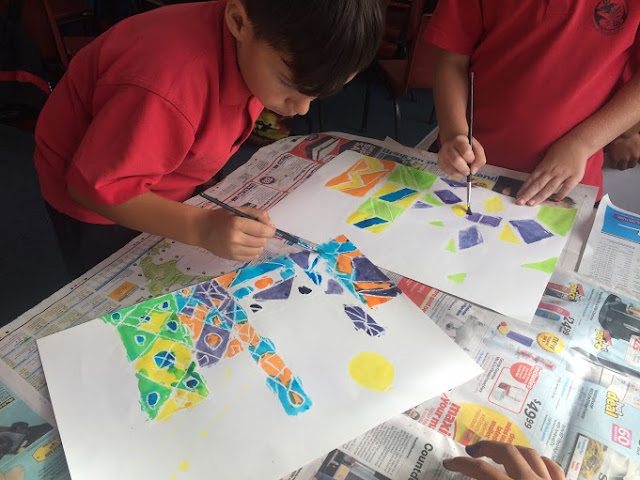 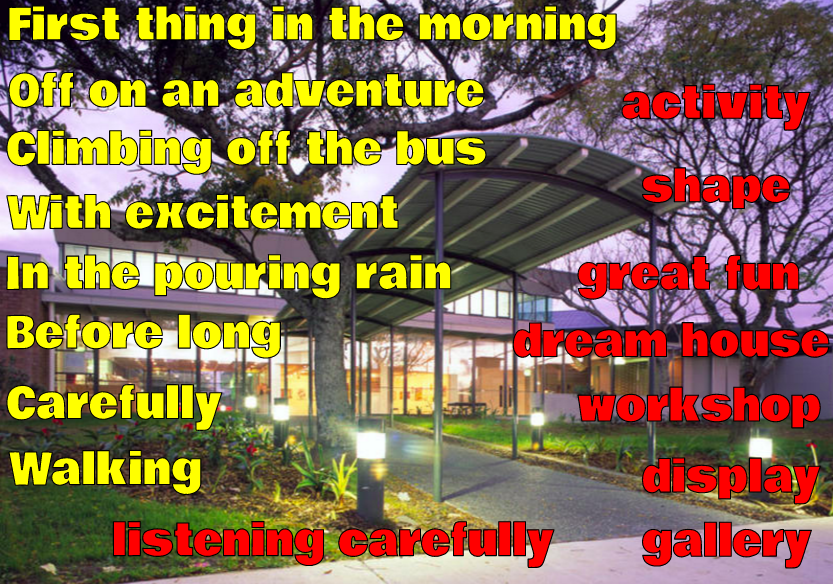 Running in the pouring rain I ran as fast as I could, filled with excitement, our class, Room 11 and 12 were going on a trip to an art gallery. Once I had gotten to school I went for a water break. After all the running that I did.

I went to class and handed in my permission slip and money to my Teacher Mr Moran he’s really cool and funny. Once the second bell had rung I could see that my mum just came in. Miss Mckinley said for our class to sit on the mat to be ready for the trip.

Climbing onto the bus I sat with my friend Tyson we were chatting and singing songs. When we had walked off the bus we lined up in two lines, one line of boys and one line of girls. The man was sitting into the bus waiting while we went inside.

Walking into the doors we entered the massive art gallery. Once we had sat down on the floor all the teachers took our bags off and put them all in a cardboard box near us. A man came and introduced himself and said “hello guys my name is Jeremy and I will be taking you guys through your trip”.

Jeremy told us to stand up quietly and two lines, I was first line leader which I hadn’t been for a year anyway we had walked past the toilets. We were there, the kids workshop for art. He said “ sit on the chairs guys oh ladies first” so the girls went to sit on the chairs then the boys went and did the same thing.

We had a blue piece of paper, some shapes and a box full of pencils vivid markers and scissors he had started to write on the whiteboard a few instructions that we will discover now. So on the whiteboard is the 1st instruction which Jeremy said “ so first you guys should get some scissors and start cutting out the shapes which is for our Dream bedroom”. he said in a kind way.

So we started cutting out ten shapes for our dream bedroom. After we had all finished cutting we had to wait for the others so after a minute we had all finished that task. The second step was to glue them together so that they tessellate, so we all did it, but then we drew inside which i’ll tell you in the next paragraph.

What I drew in my dream bedroom was a lollie waterfall with everything I wanted, a room full of lego, a room withe a pool full of coke and a speaker. A target practise for shooting and a big massive screen to play games on. Also watch movies all day long.

So that was the last thing we did then we walked out of the kids workshop and headed back into two lines I was the first line leader again, so we walked back to the main place where the cafe was. Then walked into a very strange room it had lot’s of weirdness around the walls that I didn’t understand.

It the paper was full of fingerprints everywhere. Well this other room that had a screen a pretty small one so we watched a movie a really scary one and about art. Then we moved to another one not so quite scary not as scary as the other one.

Then we went back outside and sat down in the main entrance room where our bags were and we got our bags and put them on. Then we shouted to Jeremy “ Thank you Jeremy!!!!”. said our class then went back into the bus and went back to school.

Here’s a picture of me and my Mum look to an angle if you would like to see the picture. 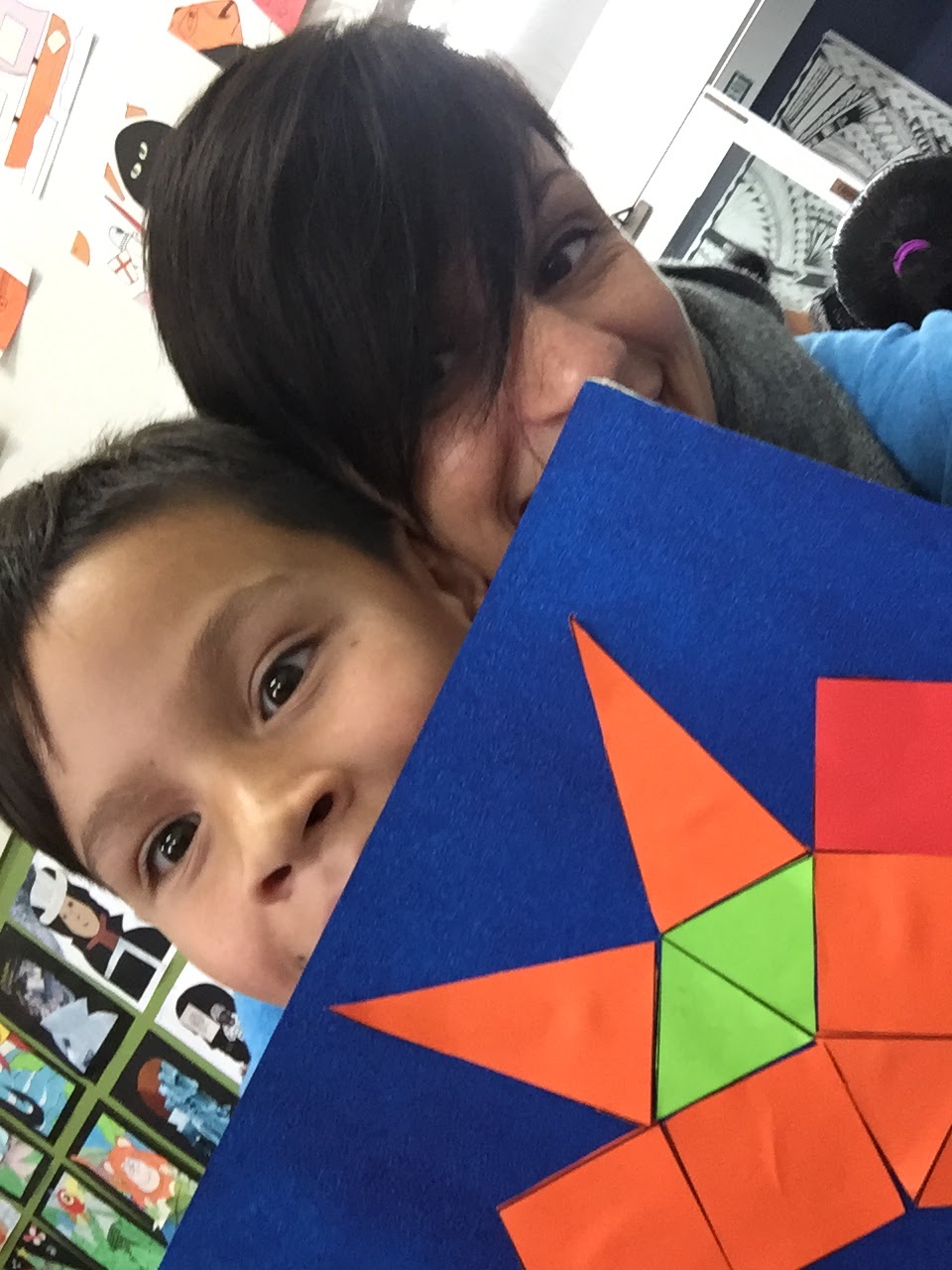 Kia ora my name is Toby and this is my really cool dream bedroom, check it out.
Posted by Toby at 10:03 2 comments: 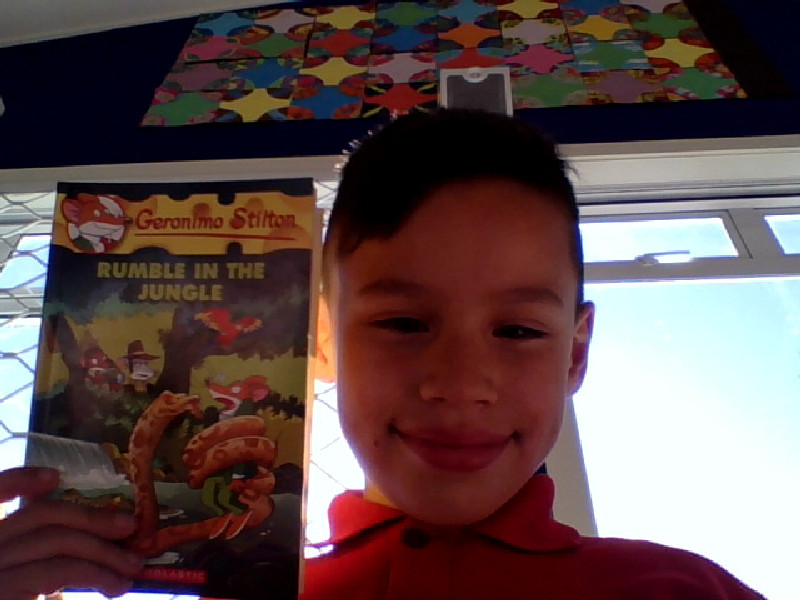 Kia ora my name is Toby and I’ll be telling you about my duffy book that’s in my hand in the photo. My book is named Rumble in the jungle. The main actor in this book is called Geronimo Stilton I’ve really enjoyed his books especially the cavemice ones.