Introduction:
Goose-Fat Bill has arrived.
I hope you do not drop, my little friend.
Have you ever had a friend and you have to seriously look after them?

When Mr Goodwin told us about the eggs my smile lightened
and my mouth grew wider and wider as he told us what to do.
First he handed everyone an egg and a vivid and everyone took
a 30 second turn to draw a face of their own choice.
I drew a Toby style egg which is a crazy and funky kind.


Everyone else drew mostly angry and happy faces but altogether
my one was the craziest.

Once I had finished I started to ask other people if I could
look at their eggs and there egg friends were also cool!
To be honest I think that Mr Goodwin’s one looked the best,
but that’s only because he got a minute and we got 30 seconds!
Once we had all finished decorating our eggs Mr Goodwin told us to
line up outside and said “everyone take your socks off, we’re going for
a walk outside”.


When we lined up people started to chatter away into a
conversation and that’s when he pulled out his phone and starts the
stopwatch.
Why does he pull out his phone? Well i’ll tell you why, it’s because
his number one hated
thing is wasting time!


While we were walking we were instructed by Mr Goodwin to cradle our eggs which
means to cover
them and protect them, as I put my nose close to the egg and
had one sniff I knew it was rotten but mostly because of the vivid “ he lied”
I whispered because he said that they were fresh but no they aren’t they
must of been in his armpits for years, as we walked I held my egg in one hand
and grabbed my stinky sock and put the egg inside so that it looked like he was
in a sleeping bag,
I was quite afraid that
I would drop it and all the yoke would spill in my sock,
I didn’t even think that we would even make it there to the park… but we did!

When we got to the bottom field by the senior park he told us to line up in
1 single line to take photos.
I was the second one to take my photo, my egg was a weird faced egg,
it had a curly beard, a gigantic smile
on his face and some lucios hair, it also had HUGE eyes and some
unorganized teeth and two ears!
I was very proud of myself when I finished drawing on my egg!

After the photos Mr Goodwin told us that we had to try and climb through
everything in the senior park and not drop our eggs.
Of course I went second and went through everything and
it didn’t splat or even make one crack which meant that my one was strong.
I climbed the rocky mountain, slid down the fireman pole, did the monkey bars,
both of them and climbed on a swinging bridge kind of thing and had to balance but oh
no I accidentally slipped but quickly recovered by catching my little friend in one hand.


Right after that I ran to the place we’re we lined up and was ready to go, as I looked back
and saw four eggs
on the ground DEAD, first Caleb on the monkey bars then AJF on the other pair of monkey
bars then Ezra on the rocky
mountain then lennox on the fireman pole.
They all lined up after, with yoke all over there T-Shirts then Mr Goodwin said “Boy’s go wash yourselves
off in the cold water”, so they did, and came back nice and shiny but still smelt. After they washed themselves
off they lined up with the rest
of the class and walked quietly back to class!


Conclusion:
I thought it was an awesome experience because how we got to decorate our own
eggs and had to cradle them along the way and went through the Obstacle Course/Senior Park.
I really enjoyed the way that Mr Goodwin kept saying before we drew our faces on our eggs that they
will eventually DIE and he kept
saying that over and over again which was funny but annoying at the same time.
I would recommend that you should try this at your home or school!

Remember the boys who cracked their eggs, well take a precious look at
those eggs and their faces! 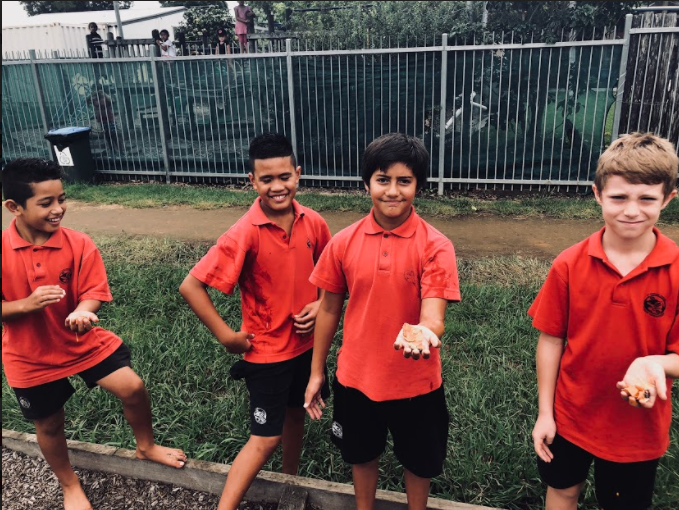 This is my group! 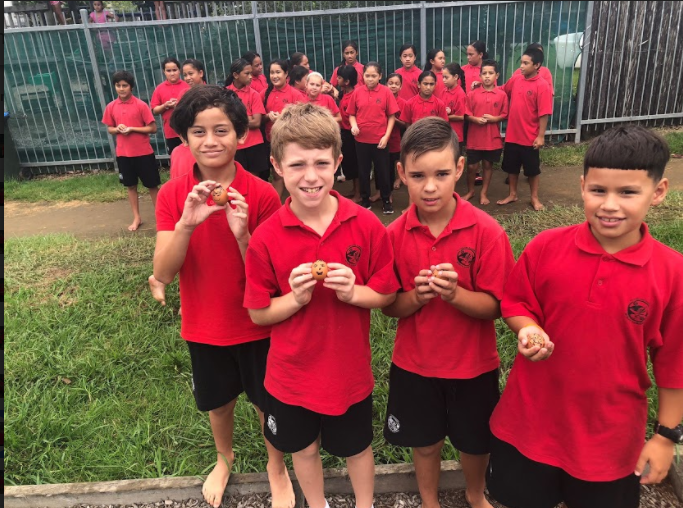